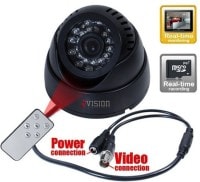 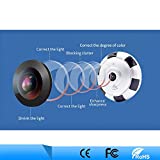 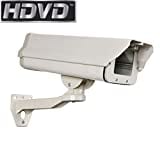 Security Camera Price List in India on 20th May 2022

A closed circuit television camera can produce images or footage that is used for private purposes or surveillance.

Analogue signals can also be converted into a digital signal to enable the recordings to be stored on a PC as digital recordings. In that case the analogue video camera must be plugged directly into a video capture card in the computer, and the card then converts the analogue signal to digital. These cards are relatively cheap, but inevitably the resulting digital signals are compressed 5:1 (MPEG compression) in order for the video recordings to be saved on a continuous basis.

Another way to store recordings on a non-analogue media is through the use of a digital video recorder (DVR). Such a device is similar in functionality to a PC with a capture card and appropriate video recording software. Unlike PCs, most DVRs designed for CCTV purposes are embedded devices that require less maintenance and simpler setup than a PC-based solution, for a medium to large number of analogue cameras.

Some DVRs also allow digital broadcasting of the video signal, thus acting like a network camera. If a device does allow broadcasting of the video, but does not record it, then it's called a video server. These devices effectively turn any analogue camera (or any analogue video signal) into a network TV. A typical analogue CCTV camera has a PAL (768×576 pixels) or NTSC (720×480 pixels), whereas network cameras may have VGA (640×480 pixels), SVGA (800×600 pixels) or quad-VGA (1280×960 pixels, also referred to as "megapixel") resolutions.

An analogue or digital camera connected to a video server acts as a network camera, but the image size is restricted to that of the video standard of the camera. However, optics (lenses and image sensors), not video resolution, are the components that determine the image quality.

There continues to be much debate over the merits and price-for-performance of Network cameras as compared to analog cameras. Many in the CCTV industry claim that many analog cameras can outperform network cameras at a lower price. IP cameras or network cameras are analogue or digital video cameras, plus an embedded video server having an IP address, capable of streaming the video (and sometimes, even audio).

Because network cameras are embedded devices, and do not need to output an analogue signal, resolutions higher than closed-circuit television 'CCTV' analogue cameras are possible.

Working of these Cameras

These cameras can be plugged into the USB port of any computer (most of them now have USB capability) and pictures can be taken of any camera scene. All that is necessary is for the camera to be mounted on a wall bracket and pointed in the desired direction.

Modern digital still cameras can take 500 kb snapshots in the space of 1 second, and these snapshots are then automatically downloaded by the camera software straight to the computer for storage as timed and dated JPEG files. The images themselves don't need to stay on the computer for long. If the computer is connected to the Internet, then the images can automatically be uploaded to any other computer anywhere in the world, as and when the pictures are taken.

The user does not need to lift a finger except to simply plug the camera in and point it in the desired direction. The direction could just as easily be the street outside a house, or the entrance to a bank or underground station.

Digital still cameras are now being made with in-built wireless connectivity, so that no USB cable is required; images are simply transmitted wirelessly through walls or ceilings to the computer.

Bullet security cameras are the most common CCTV camera type that you can normally see on the street, the supermarket, and the neighborhood.They get the name for their rifle bullet shape, and are also known as lipstick cameras.The CCTV camera bullet type usually has a strong point for certain spaces, with a viewing angle of about 80° horizontally and 40° vertically. And they are not able to pan or tilt unless you adjust it yourself.Generally, the bullet CCTV camera type is small, which could be 2.5 to 3 inches long decided by the CCTV camera lens types. So they are easier to hide and are less noticeable if you place it properly.

Dome IP camera, as the name suggests, is a type of CCTV camera with a dome cover.The biggest advantage of this CCTV camera type is that dome cameras are rather deceptive on where they are looking at. You can never tell by looking at it in distance.However, the dome security camera type does have a fixed viewing angle like 100° just as the bullet cameras, instead of offering you a panoramic and distorted view.And vandalism may be a prominent worry for this CCTV camera type, with a seemly fragile plastic cover.

Zicom is another top 10 security cameras systems in the world. This innovative top 10 CCTV camera brand in the world began its journey in 1994 and is headquartered in Mumbai, India. Zicom is one of India’s leading security camera companies with a growing market share.

LG Electronics is one of the key top 10 CCTV camera companies and was founded in the year 1958 in Seoul, South Korea. LG Electronics produced South Korea’s first radios, TVs, refrigerators, washing machines, and air conditioners. This company is widely renowned across the globe.