764 results available for Diapers In India 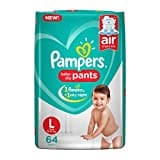 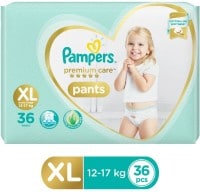 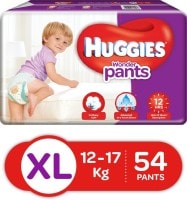 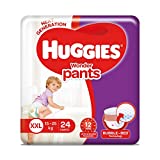 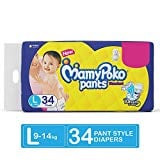 A nappy or a diaper is a kind of underwear that allows the wearer to shit or urinate right inside it without dirtying the surroudings. Diapers are made of cloth or synthetic disposable materials. Cloth diapers are composed of layers of fabric such as cotton, hemp, bamboo, microfiber, or even plastic fibers such as PLA or PU, and can be washed and reused multiple times. Disposable diapers contain absorbent chemicals and are thrown away after use. Diapers are primarily worn by infants, toddlers who are not yet potty trained, and by children who experience bedwetting. They are also used by adults with incontinence, in certain circumstances where access to a toilet is unavailable or for psychological reasons.

These can include those of advanced age, patients bed-bound in a hospital, individuals with certain types of physical or mental disability, diaper fetishists, and people working in extreme conditions, such as astronauts. It is not uncommon for people to wear diapers under dry suits. When diapers become soiled, they require changing, generally by a second person such as a parent or caregiver. Failure to change a diaper on a sufficiently regular basis can result in skin problems around the area covered by the diaper.

These are those diapers that can easily be thrown away after use. Ever since their introduction product innovations include the use of super absorbent polymers, resealable tapes, and elasticized waist bands. They are now much thinner and much more absorbent. The product range has more recently been extended into children's toilet training phase with the introduction of training pants and pant diapers, which are now undergarments. Modern disposable baby diapers and incontinence products have a layered construction, which allows the transfer and distribution of urine to an absorbent core structure where it is locked in.

Basic layers are an outer shell of breathable polyethylene film or a nonwoven and film composite which prevents wetness and soil transfer, an inner absorbent layer of a mixture of air-laid paper and superabsorbent polymers for wetness, and a layer nearest the skin of nonwoven material with a distribution layer directly beneath which will transfer wetness to the absorbent layer. Other common features of disposable diapers include one or more pairs of either adhesive or mechanical fastening tapes to keep the diaper securely fastened.

Some diapers have tapes which are refastenable to allow adjusting of fit or reapplication after inspection. Elasticized fabric single and double gussets around the leg and waist areas aid in fitting and in containing urine or stool which has not been absorbed. Some diapers lines now commonly include wetness indicators, in which a chemical included in the fabric of the diaper changes color in the presence of moisture to alert the carer or user that the diaper is wet. A disposable diaper may also include an inner fabric designed to hold moisture against the skin for a brief period before absorption to alert a toilet training or bedwetting user that they have urinated. Most materials in the diaper are held together with the use of a hot-melt adhesive, which is applied in spray form or multi lines, an elastic hot melt is also used to help with pad integrity when the diaper is wet. he first waterproof diaper cover was invented in 1946 by Marion Donovan, a professional-turned-housewife who wanted to ensure her children's clothing and bedding remained dry while they slept. She also invented the first paper diapers, but executives did not invest in this idea and it was consequently scrapped for over ten years until Procter & Gamble used Donovan's design ideas to create Pampers. Another disposable diaper design was created by Valerie Hunter Gordon.

These diapers that are which are more comfortable and are usually made of a soft cotton material that feels smooth for the babies. Cloth diapers are reusable and can be made from natural fibers, synthetic materials, or a combination of both. They are often made from industrial cotton which may be bleached white or left the fiber's natural color.

Other natural fiber cloth materials include wool, bamboo, and unbleached hemp. Man-made materials such as an internal absorbent layer of microfiber toweling or an external waterproof layer of polyurethane laminate (PUL) may be used. Polyester fleece and faux suedecloth are often used inside cloth diapers as a "stay-dry" wicking liner because of the non-absorbent properties of those synthetic fibers.

Safe Diaper Clip from the mid-1960s

Traditionally, cloth diapers consisted of a folded square or rectangle of cloth, fastened with safety pins. Today, most cloth diapers are fastened with hook and loop tape (velcro) or snaps. Modern cloth diapers come in a host of shapes, including preformed cloth diapers, all-in-one diapers with waterproof exteriors, fitted diaper with covers and pocket or "stuffable" diapers, which consist of a water-resistant outer shell sewn with an opening for insertion of absorbent material inserts.

Many design features of modern cloth diapers have followed directly from innovations initially developed in disposable diapers, such as the use of the hour glass shape, materials to separate moisture from skin and the use of double gussets, or an inner elastic band for better fit and containment of waste material. Several cloth diaper brands use variations of Procter & Gamble's original 1973 patent use of a double gusset in Pampers. Both disposable and cloth diapers work depending on your need. Cloth diapers maybe ideal for home use, but disposable diapers are more convenient when travelling.

Pampers is a fairly well known brand for Baby diapers that features a conventional underwear style diaper that is very easy to pull up. It shows easy tear, velcro bands and other such very helpful additions that make this one of the best baby diaper brands. They feature multiple linings and ensure that the material used is 100 % cotton.

Huggies again is a very well known brand when It comes to baby diapers. The wetness indicator on the diaper completely changes colour when the diaperis soaked. The pores in the diaper allow ventillation to the skin as well.

This again is a very known brand in the Indian markets. They have a good audience that is loyal to this brand and always ends up buying from the same place as well.